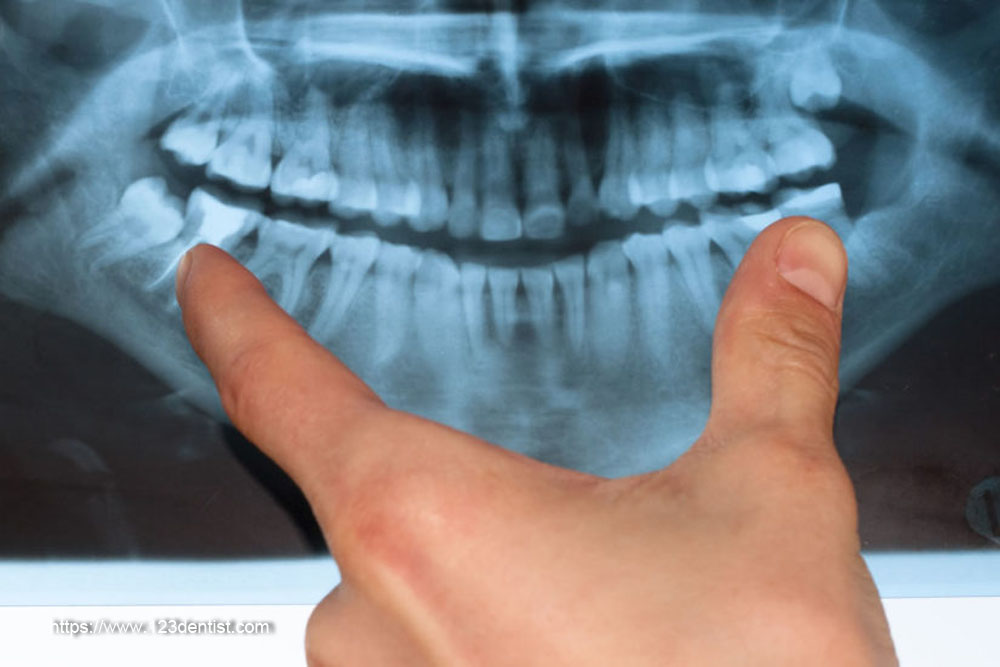 Your dentist is the best person to ask if your wisdom teeth need to be removed. That said, there are some things you can consider before talking to your dentist, or if you don’t want to have them extracted.

Wisdom teeth, also known as adult or 18-year molars because they are the last permanent teeth to erupt (and third molars for their position), are normal parts of a healthy mouth. But for many people, there is not enough room in the jaw. Science speculates that because humans don’t need to chew as much on our modern diets, our jaws don’t expand as much as they used to during childhood, and don’t develop room for these molars. Something that supports the idea that these molars are no longer required is that around 35% of people don’t have them at all.

Having impacted molars means that they are not growing in correctly, either because there is not enough room in the jaw, or because they are not aligned properly. There are several ways in which they can be impacted– the most common is mesioangular impaction. This is where the molars are incorrectly angled towards the front of the mouth.

The reasons that these molars are removed vary. Most commonly, they are removed because of potential problems, rather than current ones. Molars that are only partially erupted can easily develop abscesses where the pockets of the gum surround the tooth and trap debris. Molars growing into other ones can cause pain and potentially re-align the teeth incorrectly.

A dentist or oral surgeon will remove your impacted molars. Local anesthetic combined with sedation is often used, as it is safer than general anesthesia. After removal, you may have stitches in your mouth and some bleeding is normal. Biting down on cotton pads is often required for the first few hours or a bit longer.

The mouth heals quickly, and most people find that the majority of soreness and bleeding are gone after a few days to a week. Because the sockets are usually still open, certain foods are prohibited for a longer period of time, so that they do not damage the healing tissue or get stuck in the holes. Your dentist or surgeon can tell you what these foods are, but they often include chips and popcorn.

Differences of opinion exist on whether asymptomatic wisdom teeth need to be removed. Dentist  that are trained in different countries often do not share the same opinions. In the United States, most dentists and the American Association of Oral and Maxillofacial Surgeons support the removal of impacted third molars as soon as they are discovered to be impacted. Their main concern is with the difficulty of keeping these teeth clean.

Some Habits Of Healthier Living

The Winners Of The Sports Nutrition Awards 2018